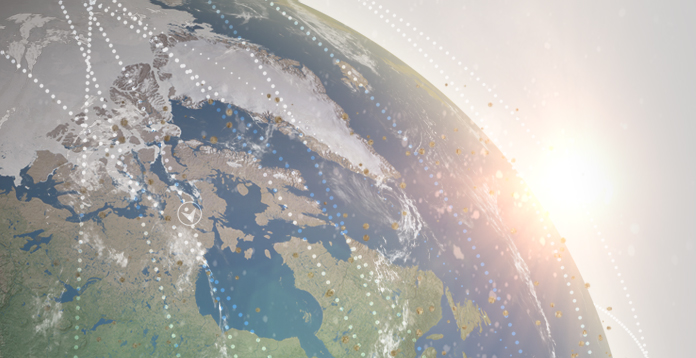 Seeks to provide the amateur astronomer with the opportunity to make a difference in the task of Space Situational Awareness.  Modern remotely controlled telescopes allow the formation of a geographically diverse network of space observation sites.  Through a cooperative bond with a willing community of technically-minded individuals, these extremely low-cost sites provide order of magnitude reduction in costs of tracking space debris.

In this initial effort, we are working to develop SpaceView’s relationship with the amateur astronomy community.  We are actively seeking contributions of information from individual astronomers about their equipment and sites, as well as exploring… a mutually beneficial partnership that can last for the long term.

Please explore the information on this website about the problem of Space Debris, Space Situational Awareness, and how SpaceView is working to solve these pressing problems.

The launch of the first artificial satellite, Sputnik, in 1957, brought with it the first piece of space debris: the rocket body that brought the satellite to orbit.  Sputnik was tracked by amateur radio enthusiasts, radars, and optical telescopes.  The risk of collision was minimal and both Sputnik and its rocket body burned up in the atmosphere three months later.  For a short time, we had good knowledge of all manmade objects orbiting the Earth.

The problem has since become more complicated.  In total more than 7,000 spacecraft have been launched from the Earth.  The vast majority of these satellites are no longer operational.   After expending their fuel, those satellites and rocket bodies launched to lower orbits will reenter the atmosphere after a few months or years.  For higher orbits, the defunct satellites and their rocket bodies can remain in orbit in excess of 1,000 years!  These defunct objects, now free-orbiting debris, threaten the more than 1,200 satellites that are currently operated by commercial and government entities around the globe.  These satellites provide important services such as communications, weather monitoring, navigation services, and imagery that we have come to rely upon in our daily lives.  Space Situational Awareness (SSA) is the knowledge of the locations and orbits of these active satellites and the debris that threaten them. 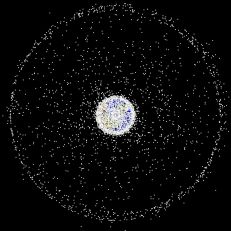 The growing number of debris objects has increased the threat of another problem: collisions between pieces of debris both with other debris and, more importantly, with active satellites.  Recent collisions, breakups, and military tests have created thousands of additional pieces of small space debris.  The newly created debris increase the risk of still more collisions with active satellites.  Kessler Effect, a theory proposed by NASA scientist Donald Kessler, describes a scenario in which these additional pieces of debris continue to collide resulting in significantly more debris.   Kessler predicts an exponentially expanding debris field with the potential effect of rendering space activities unfeasible for many generations.

Tracking Sputnik was the first example SSA activity.  Amateur and professional scientists and engineers used several methods to track the Sputnik satellite. The onboard radio transmitter was tracked using radio receivers and oscilloscopes.  The Lovell Telescope in the United Kingdom was, at the time, the only radar capable of tracking the Sputnik rocket body.  The Sputnik satellite itself was polished to ease the task of tracking the satellite with optical telescopes.  The United States first used Baker-Nunn telescopes, a modified high-resolution photographic Schmidt telescope design, as part of a satellite tracking network constructed in 1956.  These film-based tracking systems required significant manual labor to track satellites and were quickly overwhelmed by the large number of satellites that followed Sputnik.

The United States Space Surveillance Network (SSN) uses predictive techniques to monitor space objects.  It performs “spot checks” rather than continuously tracking.  This technique is used because of the limits of the SSN (number of sensors, geographic distribution, capability, and availability).

The sensors used by the SSN include phased-array radars, conventional radars, and electro-optical sensors.  Phased-array radars can maintain tracks on multiple satellites simultaneously and scan large areas of space in a fraction of a second.  These radars have no moving mechanical parts to limit the speed of the radar scan - the radar energy is steered electronically.  A detection antenna transmits radar energy into space in the shape of a large fan.  When a satellite intersects the fan, energy is reflected back to the detection antenna, where the location of the satellite is computed.  Two examples of these radars include Cavalier AFS in North Dakota and Eglin AFB in Florida.

Electro-Optical Sensors consist of telescopes linked to video cameras and computers.  The video cameras feed their space pictures into a nearby computer that drives a display scope.  The image is transposed into electrical impulses and recorded on magnetic tape.  This is the same process used by video cameras.  Thus, the image can be recorded and analyzed in real-time.

Space Based Space Surveillance (SBSS) satellite is the follow-on to the Midcourse Space Experiment (MSX) satellite.  SBSS satellite provides the only space-based sensor in the U.S. Air Force SSN with the ability to detect debris, spacecraft or other distant space objects without interference from weather, atmosphere or time of day.  SBSS satellite uses a visible sensor mounted on an agile, two-axis gimbal, which allows ground operators to quickly move the camera between targets without having to expend time and fuel to reposition the entire spacecraft.

From the website of the United States Strategic Command:

“USSTRATCOM’s space control mission includes: surveillance of space, protection of US and friendly space systems, prevention of an adversary’s ability to use space systems and services for purposes hostile to US national security interests, and direct support to battle management, command, control, communications, and intelligence.  The space control mission is conducted by USSTRATCOM’s Joint Functional Component Command for Space (JFCC-Space).

Joint Functional Component Command for Space, through its Joint Space Operations Center (JSpOC), detects, tracks, and identifies all man-made objects in Earth orbit.  Crews work around the clock constantly tracking these objects.  They task the Space Surveillance Network (SSN), a worldwide network of 29 space surveillance sensors (radar and optical telescopes, both military and civilian) to observe the objects.  The crews use computers to match sensor observations to the more than 22,000 man-made orbiting objects and update the position of each one.  These updates form the Space Catalog, a comprehensive listing of the numbers, types, and orbits of man-made objects in space.”

Simply put, the Space Catalog is the official reference for SSA data.  This data is used to protect satellites by allowing the JSpOC to predict collisions.  These predictions are then provided to satellite operators who, in turn, maneuver their satellites to avoid collisions 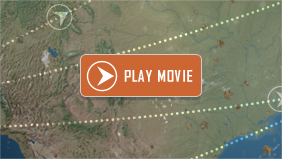 SpaceView is currently seeking information from all interested amateur astronomers. Please sign up for our mailing list and answer a few basic questions that will help us to begin the process of gathering information critical to developing the network architecture concept.
Register